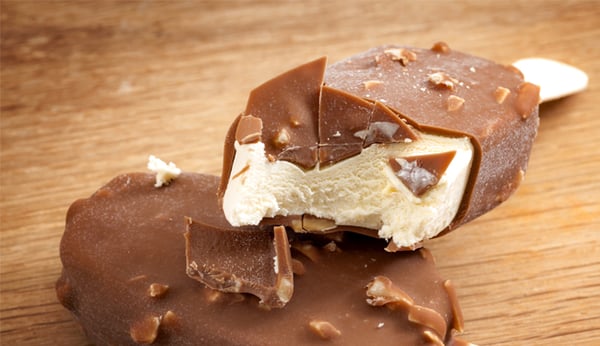 On October 13, 2020, class claims were filed in federal court in the Southern District of New York against famed ice cream brand, Haagen-Dazs, alleging that the front label on the brand’s Coffee Almond Crunch ice cream bars misled consumers as to the true ingredients of the product.

In the complaint, named plaintiff Lauren Yu alleges that Froneri U.S. Inc., the company that manufacturers, distributes, markets and labels Haagen-Dazs ice cream products, intentionally misled and deceived consumers as to the ingredients in Haagen-Dazs Coffee Almond Crunch ice cream bars. According to the plaintiff, Haagen-Dazs Coffee Almond Crunch Ice Cream Bars are packaged in boxes with front labels that describe the product as “coffee ice cream dipped in rich milk chocolate, almonds and toffee,” alongside a detailed image of the product.

Specifically, the plaintiff argued that the packaging represents in unqualified, prominent and conspicuous terms, that the product contains, and is dipped in, milk chocolate. The suit claims that in reality, the purported chocolate that is used in the product contains ingredients that a regular consumer would not anticipate, such as vegetable oils. The complaint maintains that consumers expect products that purport to be made with chocolate will contain chocolate from a real source, such as cacao beans.

The plaintiff bolstered her argument that consumers rely heavily on a product’s packaging by pointing out that the FDA has had strict regulations governing the labeling requirements of chocolate products for over 50 years, because it believes that chocolate is uniquely vulnerable to being adulterated. Plaintiff asserted that had consumers been aware of the true nature of the ingredients of the product they would not have agreed to pay a premium or would have chosen not to purchase the product at all. The complaint argues that consumers should not have to resort to reading the fine print in order to learn what is in a product.

The plaintiff seeks to represent a class made up of all residents of New York who purchased Haagen-Dazs Coffee Almond Crunch ice cream bars during the applicable statutes of limitations. The suit brings causes of action for violation of New York Business Law section 349 & 350, negligent misrepresentation, breach of express warranty, implied warranty of merchantability and Magnuson Moss Warranty Act, fraud, and unjust enrichment.