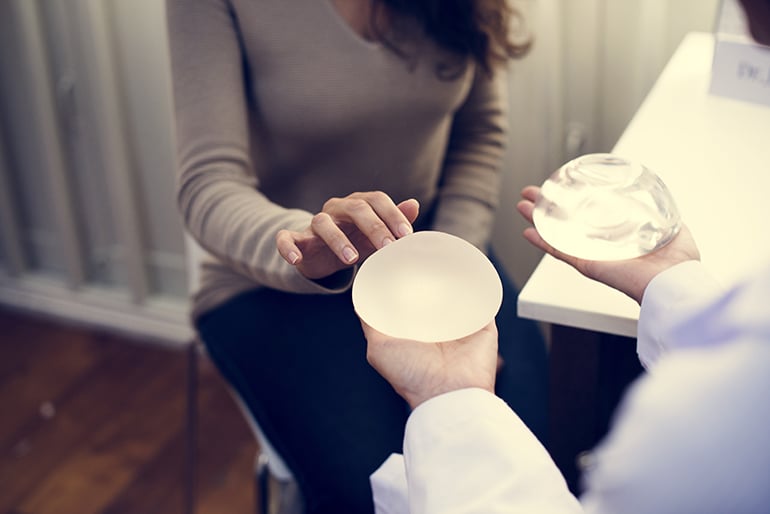 As courts begin to open and jurisdictions across the country determine new policies and procedures for operation, emerging class action suits and new mass torts continue to move through the American judicial system, including those that resulted from the COVID-19 crisis. One of the first major mass torts to make headlines in the legal community in 2020 was the Allergan BIOCELL textured breast implant litigation.

The Case is: In re: Allergan Biocell Textured Breast Implant Products Liability Litigation, Case No.: 2:19-md-02921, in the U.S. District Court for the District of New Jersey.

History of the Product: The safety of silicone breast implants has long been a debate amongst both the legal and medical community. Beginning in the early 1980s, concern over silicone gel-filled breast implants began to arise when the FDA started to receive reports of adverse outcomes, such as cancer and connective tissue disease in women with implants. As a result, silicone breast implants were reclassified as a Class III (higher risk) product. By the early 1990s, the FDA stated that manufacturers had not adequately addressed public concerns or the potential risk of adverse events surrounding silicone gel-filled breast implants, and subsequently removed them from the market. All manufacturers were required to submit pre-market approval applications inclusive of data ensuring the safety and effectiveness of the products.

Over the next decade and a half, the FDA allowed manufactures to continue to provide silicone breast implants, but generally only for reconstructive surgery following mastectomies, corrective surgeries for congenital deformities and for replacement of existing implants. In the infrequent instance where a gel-filled silicone breast implant was utilized, the manufacturers often enrolled the patient in studies to collect further data regarding the product.

In late 2006, Allergan’s Natrelle silicone gel-filled breast implants gained FDA approval. Despite frequent local complications, like rupture, pain, capsular contracture, disfigurement and serious infection, as well as other adverse outcomes, the FDA stated that the risks associated with breast implants were, by that point, well established and the public at large was aware of the risks associated with the products. The implants were approved for women over the age of 22 years old and for women of any age seeking breast reconstruction surgery. Allergan manufactures several different types of breast implant models and tissue expanders, including both smooth and textured varieties.

The implants at issue are Allergan’s BIOCELL textured breast implants and tissue expanders. Tissue expanders are used primarily in reconstructive surgery and are slowly filled over a period of weeks or months in order to stretch the skin and muscle to create a “pocket” for a permanent implant. Many of Allergan’s tissue expanders consist of a silicone shell and textured surface which is designed to keep the implant from moving. Smooth implants—the more common form of breast implant—allow the implant to move under the skin and muscle, thus imitating the movement of natural breast tissue. Textured implants allow an individual’s own tissue to grow into the surface of the implant, thereby restricting its movement. BIOCELL refers to the textured implant shell surface manufactured by Allergan.

The link between breast implants and breast implant-associated anaplastic large cell lymphoma (“BIA-ALCL”) was first acknowledged by the FDA in 2011. In the associated report, based on scientific data collected between 1997 and 2010, the FDA stated that it had identified 34 unique cases of ALCL in women with breast implants. In June 2019, the FDA announced its request that Allergan institute a voluntary recall of Natrelle BIOCELL Textured Breast Implants and Tissue Expanders from the global market. Recalled products included:

In its Safety Communication published on July 24, 2019, the FDA reported a worldwide total of 573 cases of BIA-ALCL. 481 of which confirmed the individual had Allergan breast implants at the time of diagnosis. Additionally, Allergan was known to be the manufacturer of implants in 12 of the 13 deaths of patients diagnosed with BIA-ALCL. The FDA reported that based on its data, the risk of BIA-ALCL was six times higher in patients who were implanted with Allergan’s BIOCELL textured breast implants compared to other implants on the U.S. market.

BIA-ALCL is a form of non-Hodgkin’s lymphoma, a cancer that affects the body’s immune system. It is important to note that BIA-ALCL is not a form of breast cancer. According to the FDA’s 2019 Safety Communication, most cases of BIA-ALCL are found in the scar tissue and fluid surrounding the implant. BIA-ALCL has been known to metastasize throughout the body and may result in death if not detected in its early stages. Treatment generally includes surgery to remove the implant and surrounding scar tissue, and in some cases, surgery may be followed by chemotherapy and radiation treatments.

On June 1, 2020, Allergan announced that it was launching a new digital campaign to help improve device tracking and further identify and reach patients who have BIOCELL breast implants and/or tissue expanders. Allergan alleges the purpose of the campaign is to make contact with patients who may be unaware of the risks associated with the company’s textured implants and tissue expanders and to educate them on the potential for developing BIA-ALCL.

Plaintiffs involved in this mass tort similarly allege that since at least 2011, Allergan was aware of the connection between its BIOCELL products and BIA-ALCL but it did not disclose the information to consumers or the medical community. The plaintiffs further argue that Allergan concealed evidence of ruptures and other injuries reported by describing them as routine events that did not require public disclosure until 2017.

Plaintiffs claim that Allergan bypassed the FDA’s Manufacturer and End User Facility Device Experience database (“MAUDE”)—a publicly searchable database housing records of adverse events—by submitting adverse events as Alternative Summary Reports (“ASR”), which are less detailed quarterly spreadsheets that are generally unavailable to the public in order to avoid disclosure. Plaintiffs allege that by delaying disclosure of adverse event reports to both the public and the healthcare community, the defendant adversely affected the decision-making process of both patients and physicians regarding treatments and procedures, thus exposing countless women to potential harm.

Procedural Status: On December 18, 2019, the Judicial Panel on Multidistrict Litigation issued an order centralizing the suits in the District of New Jersey under Judge Brian R. Martinotti. The transfer order lists the common factual questions in the MDL as (1) whether BIOCELL textured breast implants and tissue expanders can cause BIA-ALCL; (2) whether defendants knew or should have known of the risk of BIA-ALCL; (3) whether they provided adequate warnings as to the risks; and (4) the adequacy of defendants’ product design, testing and manufacturing.

On January 4, 2020, Angela Sloan, named plaintiff in one of the class suits consolidated into the newly formed multidistrict litigation, filed a memorandum in support of the plaintiffs’ Emergency Motion to limit communications with class members and their physicians, void releases signed by class members and issue a corrective notice. In the memorandum, the named plaintiff argues that the defendant improperly procured and continues to procure releases of liability from women who have removed their recalled Allergan breast implants, without providing any notice of their potential rights in the litigation.

As of publication of this article on June 29, 2020 discovery is ongoing in this multidistrict litigation.