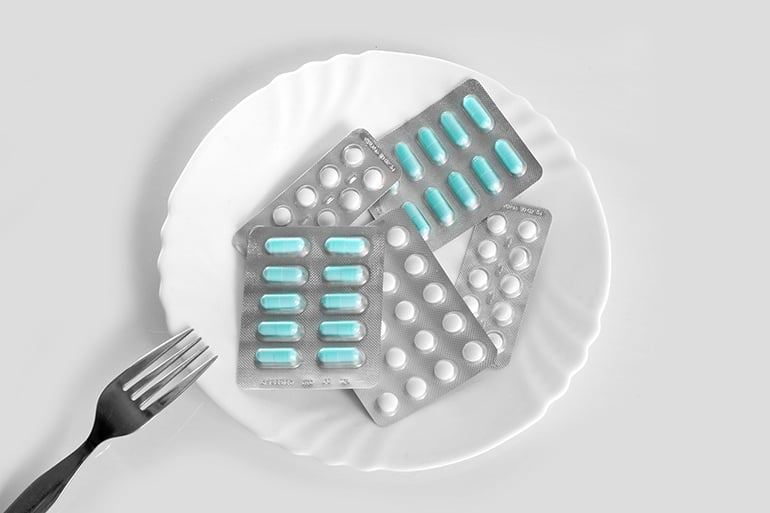 In the wake of its February 2020 recall, Belviq became an important litigation to monitor over the last year. In recent months, the cases have seen considerable movement as plaintiffs petitioned the Judicial Panel on Multidistrict Litigation (“JPML”) to consolidate the suits into a multidistrict litigation in April 2021, culminating in oral arguments on consolidation in late July 2021. Recently, however, on August 10, 2021 the JPML denied consolidation. We’ve expanded our profile of the Belviq litigations below, previously published in May 2020.

Approved by the FDA on June 27, 2012, Lorcaserin Hydrochloride is a prescription weight loss drug under the name brand, Belviq. Notably, Belviq was the first weight loss drug to be the approved by the FDA for 13 years. The drug is manufactured by Arena Pharmaceutical and marketed and distributed by Eisai Inc., both named as defendants in lawsuits concerning the drug. Intended for patients who are morbidly obese and seeking to lose weight for health (rather than cosmetic) reasons, Belviq is available in two forms: a regular dose taken two times a day and Belviq XR, an extended-release tablet taken once daily. Combined with a low-calorie diet, patients taking Belviq are told they should lose around 5% of their body weight within the first 12 weeks of taking the drug.

Belviq is an appetite suppressant that works by activating serotonin receptors in the brain. In contrast to selective serotonin reuptake inhibitors (“SSRIs”), used in anti-depressants to increase serotonin levels by blocking or inhibiting the reabsorption or reuptake of serotonin in the body, the serotonin in Belviq simply enhances a patient’s feeling of satisfaction that translates to a feeling of fullness after a meal, which reduces overeating.

Belviq was advertised as having a range of lower-risk side effects including constipation, dizziness, dry mouth, fatigue, headache and nausea. However, in February 2020, the FDA requested that the drug be voluntarily withdrawn from the American market due to rising concerns over its potential link to the risk of cancer.

In the February 13, 2020, announcement, the FDA indicated that when Belviq was initially approved in 2012, the drug’s manufacturer was required to conduct a randomized, double-blind, placebo-controlled clinical trial to evaluate the risk of cardiovascular problems. A clinical trial was conducted in 12,000 patients over a five-year time frame and the resulting study found that patients taking Belviq had an increased risk of developing cancer compared to patients taking the placebo. The FDA reported that a wide range of cancers were observed in the participants of the study, most frequently pancreatic, colorectal or lung cancer.

In its announcement of its decision to request a voluntary removal of the drug, the FDA said that it didn’t believe the risks associated with Belviq outweighed the benefits of the drug based on its review of the clinical trial. Doctors were being advised to cease prescribing and dispensing Belviq to patients and contact patients who have already been prescribed the drug to inform them of the increased risk of cancer associated with its use.

Plaintiffs in suits against Eisai and Arena allege that the defendants knew, or should have known, of the carcinogenic nature of Belviq prior to its introduction to the U.S. market. Plaintiffs further claimed that, not only did medical literature exist that should have put the defendants on notice that the serotonin pathway can cause or stimulate cancer, the defendants themselves conducted animal studies prior to the introduction of Belviq to the U.S. market that indicated Belviq could cause cancer and/or that additional safety testing needed to take place. Additionally, the plaintiffs described how in 2013, when seeking approval to sell Belviq in the European Union, the defendants were advised by the European Medicines Agency (“EMA”), that the product could not be approved due to the increased occurrence of cancerous tumors in the animal studies and that the associated risks of the drug outweighed any benefits it may impart.

Plaintiffs’ attorneys petitioned the JPML in April 2021 to consolidate Belviq litigations into a multidistrict litigation (“MDL”) centralized in either the Eastern District of Louisiana under Judge Lance M. Africk, the Eastern District of New York or the Middle District of Florida. Oral arguments regarding the consolidation of the suits took place in the JPML in late July 2021, with plaintiffs in favor of consolidation, arguing that given the overlapping nature of the facts and issues involved, as well as the increasing volume of actions filed, centralization, consolidation and coordination of all Belviq actions into one multidistrict litigation is needed to avoid inconsistent rulings and duplicative discovery.

On August 10, 2021, the JPML issued an order denying transfer of the suit into an MDL. In the order, the panel explains that it was not persuaded that centralization of the suits would serve the convenience of the parties and witnesses or further the just and efficient conduct of the litigation. The panel further stated that the size of the litigation at this time, which numbers only around 20 actions, is simply too small to justify consolidation. Despite the plaintiffs’ assurances that the litigation is likely to increase in size to eventually reach hundreds of suits in the future, the panel insists that it is “disinclined to take into account the mere possibility of future filings in our centralization calculus.”

Mass tort and class action litigation can result in a positive impact on the lives of the large segment of people who have been injured by the actions of large pharmaceutical companies. It can be a significant undertaking to enter into a new area of law, especially one as complex as mass torts or class actions, and firms need to ensure they have adequate resources to do so.

Counsel Financial is a litigation funder who understands the realm of major litigation. Its team of attorneys are well-versed in the myriad of suits and multidistrict litigations moving through the court systems and can help you to leverage the value in your case portfolio. Counsel Financial was founded by plaintiff attorneys who truly understand the practice of law and the complexities and uncertainties that accompany a contingent-fee practice. Working capital is a necessity for firm growth and entrance into mass tort and class action litigation.