Mass Tort of the Month: Elmiron 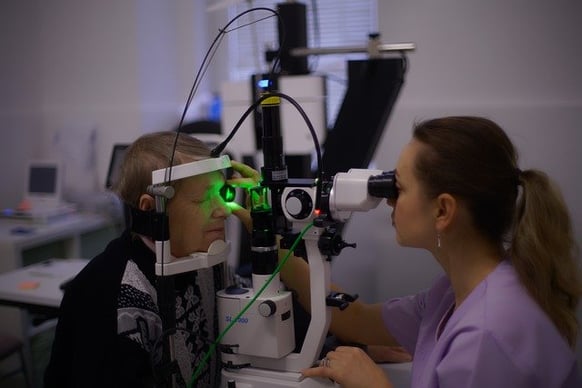 On the radar as one of the mass torts slated to make significant progress in 2021, the Elmiron litigations closed out 2020 with a newly consolidated multidistrict litigation (“MDL”) and saw continued momentum in the new year with the January 2021 appointment of a diverse plaintiffs’ steering committee.

Elmiron is a prescription drug that treats interstitial cystitis (“IC”), also known as bladder pain syndrome. Elmiron is touted as the only oral drug approved to treat bladder pain and discomfort associated with IC and is currently not available in a generic form. The drug is taken mainly by women, as females tend to be diagnosed more commonly with IC than males. Elmiron is generally prescribed as a long-term solution—many plaintiffs in the Elmiron litigations reporting that they have been taking the drug for 10+ years.

Pentosan polysulfate sodium (“PPS”), known as the prescription drug Elmiron, was first submitted to the FDA for approval in 1991 by non-party Baker Norton Pharma, a subsidiary of non-party Ivax Corporation. However, the drug was not granted FDA approval until 1996, after a series of FDA rejections and subsequent revised applications for FDA approval.

After gaining FDA approval, Baker Norton Pharma sold the rights to Elmiron to defendant ALZA Corporation in October 1997 for $75 million. ALZA Corporation merged with pharmaceutical juggernaut Johnson & Johnson (“J&J”) in June 2001 and in February 2006, Ivax Corporation and Teva Pharmaceutical Industries Ltd. also merged. Janssen Pharmaceuticals Inc. (“Janssen”), a J&J subsidiary, holds the FDA approval for Elmiron since 2008. Additionally, Bayer Pharma is named as a defendant in Elmiron litigations as it has a co-exclusive contract with defendant J&J to advertise, promote, market, sell, distribute and report adverse events for Elmiron to urologists in the United States.

Typically, patients take around 100 mg doses of Elmiron three times per day. It is alleged that only about 6% of the drug is absorbed to the epithelial cells of the bladder while the majority of the drug is excreted. Plaintiffs claim that Elmiron is also absorbed into retinal epithelial cells which can result in retinal toxicity. It is further argued that Elmiron is considered by many in the scientific community to be a chemical “Band-Aid” that coats the epithelial cells of the bladder to provide pain relief. However, because Elmiron has poor oral bioavailability and absorption it requires users to take long-term high doses of the drug which can result in accumulation and ultimate toxicity with extended use.

IC is a diagnosis that applies to patients with chronic bladder pain in the absence of other causes and it is usually associated with a range of symptoms from discomfort to severe bladder pain, and can include increased frequency and urgency of urination. Under the IC treatment guidelines established by the American Urological Association (“AUA”), there are six lines of treatment for IC. The suggested first line of treatments is recommended for all patients, while the second line of treatments is reserved for more severe cases.

Results of Scientific Studies on Elmiron

As mentioned above, it took several years for Elmiron to be approved by the FDA and required several re-applications and testing. Plaintiffs argue that defendants knew or should have known of the potential impact of the drug on other epithelial cells, particularly the retinal epithelial cells of the eye, and should have preemptively tested accordingly for those adverse effect. The plaintiffs’ argument that the defendants knew or should have known of the potential adverse effects of the drug, is bolstered by the fact that in its application for FDA approval, it referenced a physician’s usage study of PPS from the late 1980’s and early 1990’s, which noted adverse events affecting vision, including optic neuritis and retinal hemorrhage.

Additionally, a study published in 1991 in the Investigative Ophthalmology & Visual Science Journal, prior to Elmiron’s FDA approval, identified that PPS inhibits regrowth and proliferation of retinal pigment epithelial cells. Since its introduction to the American market through March 2020, FDA received 164 adverse effect reports of eye disorders from Elmiron use ranging from blurred vision to maculopathy, blindness and halo vision.

More recently, in 2018 the Emory Eye Center published an article in the Journal of Ophthalmology citing concerns about pigmentary maculopathy associated with chronic exposure to PPS, resulting from observation of retinal pigmentary changes in six patients undergoing long-term Elmiron use. The researchers at the Emory Eye Center went on to contact the Journal of Urology in order to alert readers of the dangers it believed were associated with Elmiron.

Further, a study published in the January 2020 edition of the Canadian Journal of Ophthalmology cites a University of California study in which researchers found a 20% prevalence of a unique PPS-associated maculopathy among a cohort of patients being treated with the drug. The study concluded that PPS presents a significant risk of macular toxicity in patients and that more significant PPS exposure has been shown to be associated with more severe atrophy.

Also, a recent Harvard Medical School study has shown that the damage caused by Elmiron usage continues to progress after the patient has stopped taking the drug. The study pointed to a particular patient that continued to show worsening symptoms of PPS-associated retinal maculopathy for at least six years after ceasing Elmiron use. Finally, in April 2019, the Interstitial Cystitis Network announced that it had conducted its own patient survey and found that out of 1,000 Elmiron users surveyed, 53% reported eye disease.

Despite these warnings and studies Janssen has continued to fail to mention the potential for vision-threatening retinal problems associated with Elmiron use.

On December 15, 2020, the JMPL centralized litigations involving retinal injuries associated with the use of Elmiron in the District of New Jersey under Judge Brian R. Martinotti. In early January 2021, the plaintiffs submitted a motion for the appointment of a plaintiffs’ steering committee (“PSC”), encouraging Judge Martinotti to create a PSC that reflects significant diversity in gender, ethnicity, geography and experience. On January 22, 2021, Judge Martinotti appointed a diverse, mainly female, PSC which displays a wide range of both younger and older attorneys. In his order, the judge said that the PSC appointed will provide the Court with an effective committee to advance the litigation in an efficient manner, in addition to advancing the Court’s and the JPML’s goal of introducing new and different counsel to this special area of practice.

The case is: In re: Elmiron (Pentosan Polysulfate Sodium) Products Liability Litigation, Case No.: 2:20-md-02973 in the U.S. District Court for the District of New Jersey.