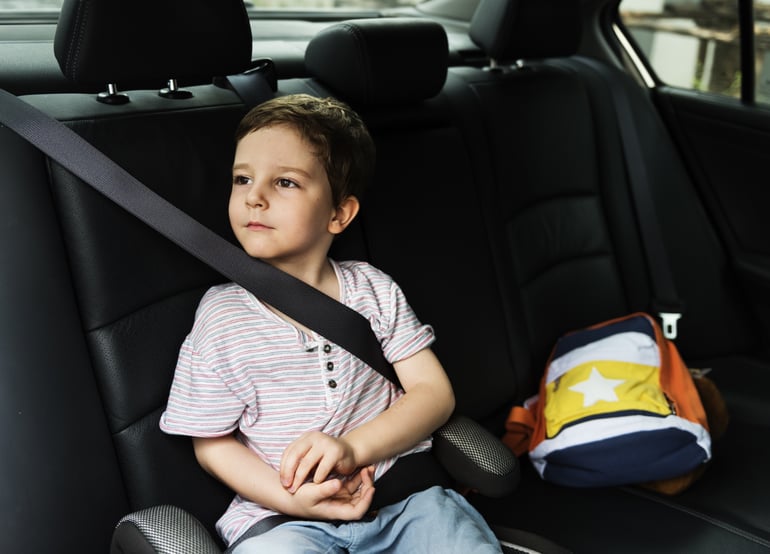 Despite the COVID-19 pandemic and associated shutdowns, the Judicial Panel on Multidistrict Litigation (“JPML”), like many other courts across the country, has strived to keep litigation moving through the court system and has continued to centralize and consolidate cases. One of the most recent cases to be consolidated by the JPML is the Evenflo Big Kid Booster Seat litigation which was centralized in the District of Massachusetts under District Court Judge Denise J. Casper on June 2, 2020.

Manufactured, marketed, distributed and sold by Evenflo, the Big Kid Booster Seat is one of several car seat and booster seat models offered by the company. To date, Evenflo has sold more than 18 million booster seats. A car seat differs from a children’s booster seat in that a car seat uses a five-point restraint harness whereas a booster seat utilizes the vehicle’s existing seat belt to restrain a child.

The Big Kid Booster Seat has been successfully sold in the market by the defendant and is available through numerous nationwide retailers including Target, Walmart, Kohl’s and BuyBuy Baby, in addition to being found on the defendant’s website and on Amazon. The product is marketed as appropriate for children weighing from 30 to 110 pounds. The defendant specifically advertises the booster seat as having been side-impact tested and as meeting or exceeding all applicable federal safety standards, as well as the defendant’s own internal side impact guidelines.

Plaintiffs allege that the defendant’s marketing of the Big Kid Booster Seat is deceptive and misleading and that the use of the product by children weighing less than 40 pounds is in direct violation of safety recommendations by the American Academy of Pediatrics. Its recommended guidelines state that infants and toddlers should ride in rear-facing car seats as long as possible, until they reach the maximum height or weigh limit allowed by the car seat manufacturers.

In a Pro-Publica report released in February 2020, the true nature of the defendant’s safety protocols for the product were exposed to the public. In its investigative report, Pro-Publica referenced emails sent by an engineer working for Evenflo from February 2012, in which the employee informed executives, multiple times, that children lighter than 40 pounds would be safer in car seats that use harnesses to hold their bodies in place. The suggestion by the Evenflo engineer was vetoed by a marketing executive. Pro-Publica alleges that the veto was partially motivated by the fact that Evenflo, at the time, was engaged in a marketing battle with a competitive manufacturer.

Plaintiffs in the suits against Evenflo point out that the defendant company boasts in its advertisements that the Big Kid Booster Seat has met the specifications of all applicable federal safety standards. However, as the plaintiffs allege in their complaints, there exists no applicable federal safety standard or test governing side impacts for car seats. Rather, the defendant set about devising its own set of tests, which the plaintiffs argue have no basis in safety or science, and have proceeded to consistently give itself a passing grade in order to market the product as side-impact tested.

According to the Pro-Publica report, when the defendant’s side impact test recreated the force on a vehicle associated with a typical T-bone collision, the child-sized dummy seated in the Big Kid Booster Seat was not held securely in place and escaped the seat’s restraint. In a deposition of an Evenflo Big Kid Booster Seat engineer, it was conceded that if a real child experienced extreme movement similar to that of the crash dummy during an accident, the child could suffer catastrophic head, neck and spinal injuries, or even death. It has been alleged by Pro-Publica, and by plaintiffs in the MDL, that Evenflo’s testing standards were so low that the only way it would proclaim a failure was for a test dummy to come to rest on the floor of the vehicle as a result of the simulated accident.

Since the publication of the Pro-Publica report, the safety concerns surrounding defendant’s Big Kid Booster Seat have been profiled by many outlets, including an investigative feature on Good Morning America.

Plaintiffs in this multidistrict litigation all similarly allege that Evenflo misled consumers into purchasing Big Kid Booster Seats by (1) claiming the seats were side-impact tested and exceeded government safety standards, without revealing that Evenflo created its own test which revealed that a child seated in its booster seat could be in danger in a side-impact crash; and (2) failing to inform consumers that the seats were dangerous for children weighing less than 40 pounds.

Class action lawsuits began to be filed against Evenflo in February 2020, immediately following the investigative report by Pro-Publica having been made public. The first suit, Xavier v. Evenflo Company Inc., was filed in federal court in the Southern District of Ohio, by a parent who claimed that the booster seat maker duped parents with misleading claims about the safety of the product and that the company was engaging in a cynical ploy to profit from overblown safety claims.

Since then, more than nine class action suits have been consolidated into a multidistrict litigation in Massachusetts. The MDL is still in preliminary stages.

The case is:  In Re: Evenflo Company Inc., Marketing, Sales Practices and Products Liability Litigation, Case No.: 1:20-md-02938, in U.S. District Court for the District of Massachusetts.