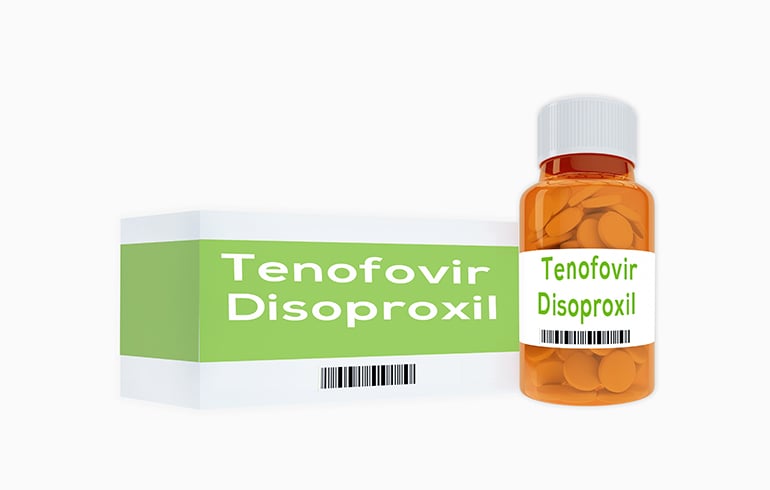 While the COVID-19 epidemic has impacted nearly every aspect of American life, many judges have made it clear that the judicial system must strive to continue to operate at as normal a pace as possible. Judges, attorneys and courts are now using the plethora of online services that allow for the almost seamless continuation of litigation, while limiting in-person contact. As such, it is important to stay abreast of up-and-coming mass torts—this month we are profiling tenofovir disoproxil fumarate (“TDF”), a prescription medication developed by Gilead for the treatment of HIV in adults and children.

TDF first gained FDA approval in 2001 for the treatment of HIV in adults. The drug belongs to a group of HIV drugs called nucleoside reverse transcriptase inhibitors (“NRTIs”) that block an HIV enzyme called reverse transcriptase and in turn, prevents the HIV virus from multiplying, which can reduce the amount of the HIV virus present in the body. The first TDF medication manufactured by Gilead, Viread, came to market in America in 2001, closely followed by Truvada in 2004, Atripla in 2006, Complera in 2011 and Stribild in 2012. TDF gained FDA approval in 2012 for use in children over the age of two years old.

Plaintiffs allege in suits against Gilead that TDF drugs have low bioavailability, meaning they are not absorbed easily by the body, which necessitates a higher dosage in order to provide the advertised antiviral effect. It is further argued that even before Gilead began to market and sell its first TDF drug, Viread, in 2001, it was aware that TDF posed a safety risk to patients. Pre-clinical data for TDF revealed that it could cause significant bone and kidney damage.

It is alleged that by the time Stribild was introduced, and despite ten years of cumulative evidence showing that TDF could cause harm to patients’ bones and kidneys, Gilead downplayed the HIV medication’s side effects and merely suggested that prescribing doctors monitor bone mineral density in patients with a history of pathologic fracture or those who were at risk for osteopenia.

A safer alternative to TDF is tenofovir alafenamide (“TAF”), which Gilead has had in development since 2001. TAF is absorbed into the cells that the HIV virus targets, much more effectively than TDF and can therefore be administered at one-tenth the dosage required by TDF medications. At the significantly reduced dose, TAF has been shown to achieve the same, and in some instances higher, concentrations of the active ingredient tenofovir in targeted cells. For example, plaintiffs allege a 25mg dose of TAF achieves the same therapeutic effect as a 300 mg dose of TDF.

According to a press release from the AIDS Healthcare Foundation (“AHF”), Gilead “deliberately and maliciously suppressed from the market its alternate and newer formulation of the drug, TAF, in order to extend the patent life and sale of its existing medications that included TDF.” In keeping with claims of Gilead’s intention to withhold TAF from the American market until it had exhausted proceeds from TDF medications, the suit points out that Gilead did not receive FDA approval for TAF drugs until 2015 with the introduction of Genovya, just three years before the 2018 expiration of the TDF patent. Genovya was followed by Odefsey and Descovy in 2016.

Plaintiffs also argue that Gilead could have unilaterally strengthened the FDA warnings carried by its TDF drugs after initial FDA approval. Increasing evidence that patients with and without preexisting risk factors were experiencing adverse effects with a frequency and severity greater than reported in Gilead’s initial clinical trials, and expanding evidence that all patients were at risk for TDF induced kidney toxicity, should have prompted the company to update its warnings. However, the plaintiffs claim Gilead repeatedly chose financial gains over the health and safety of its patients.

Suits against Gilead concerning TDF drugs are currently in the early stages of litigation with the most recent suit against the pharmaceutical giant filed on March 17, 2020, in the Northern District of California. In that suit, which names 149 individual plaintiffs, it is alleged that Gilead intentionally withheld a safer alternative design of its TDF drugs known to be toxic to patients’ kidneys and bones, while failing to adequately warn about the risks, solely in favor of company profits.