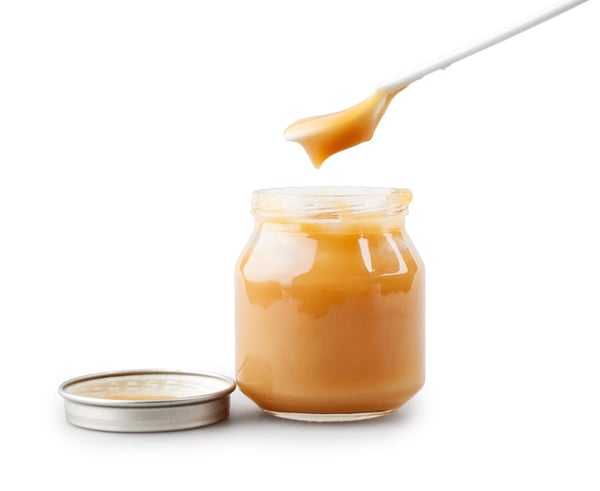 In connection with the report, the Committee reached out to three other baby food manufacturers—Walmart Inc. (“Walmart”), Campbell Soup Company (“Campbell”) and Sprout Organic Foods (“Sprout”), each of which refused to cooperate with the investigation. The Committee commented that it was “greatly concerned that their lack of cooperation might be obscuring the presence of even higher levels of toxic heavy metals in their baby food products than their competitors’ products.”

The Committee, in issuing the report, noted that exposure to toxic metals has been known to cause permanent decreases in infant IQ levels, diminished future economic productivity and an increased risk of future criminal and antisocial behavior.

Arsenic is well known as a toxic substance and is described the Department of Health and Human Services’ Agency for Toxic Substances and Diseases Registry (“ATSDR”) as the most significant potential threat to human health. It can cause respiratory, gastrointestinal, haematological, hepatic, renal, skin, neurological and immunological issues, as well as result in damaging effects on the central nervous system and cognitive development in children.

A 2013 study entitled, Association of Arsenic, Cadmium and Maganese Exposure with Neurodevelopment and Behavioral Disorders in Children: A Systematic Review and Meta-Analysis, demonstrated that arsenic exposure has a significant negative effect on neurodevelopment in children and its pronounced effect is typically seen in verbal and performance domains, as well as in memory function. The study further provided that for every 50% increase in arsenic levels, there is an approximately 0.4 decrease in the IQ of children.

The Committee report also showed that Hain’s brand, Earth’s Best Organic, allegedly sold finished baby food products containing as much as 129 ppb inorganic arsenic. According to Hain’s internal reports, the company typically only tests its ingredients and not the finished products that it puts onto the market. Internal Hain documents also revealed that the company used ingredients that, when tested, contained as much as 309 ppb arsenic.

The test results in the Committee report of Beech-Nut disclosed levels as high as 913.4 ppb arsenic for certain of that company’s products. Further, the Committee revealed that Beech-Nut routinely used high-arsenic additives containing over 300 ppb arsenic to address product characteristics such as “crumb softness.”

Similarly, the Committee report uncovered that Gerber used 67 batches of rice flour that had been tested and contained over 90 ppb inorganic arsenic.

Like arsenic, lead exposure is recognized as a significant potential threat to human health and development and is listed at number two on ATSDR’s list of toxic substances. Lead exposure is associated with a variety of health issues—especially in children—including behavioral problems, decreased cognitive performance, delayed puberty and reduced postnatal growth.

Lead has been labeled especially dangerous to infants and young children because of the risk of learning disabilities, behavior difficulties and lowered IQ scores. It can accumulate in the body, making lower-level exposure more dangerous over time. Studies from the Detroit and Chicago public schools—Early Childhood Lead Exposure and Academic Achievement: Evidence From Detroit Public Schools and The Impact of Low-Level Lead Toxicity on School Performance Among Children in the Chicago Public Schools: A Population-Based Retrospective Cohort Study—conducted between 2013 and 2015 revealed that there is a significant association between early childhood exposure to lead and decreased standardized test performance.

Finally, Gerber brand products were found to have used ingredients that tested as high as 48 ppb lead and used many ingredients containing over 20 ppb lead.

Cadmium is listed at number seven on ATSDR’s list of substances that pose the most serious potential threat to human health and is associated with decreases in IQ, as well as the development of ADHD. A 2018 study entitled Cadmium Exposure and Cognitive Abilities and Behavior at 10 Years of Age: A Prospective Cohort Study found that cadmium exposure has a negative effect on children’s Full-Scale IQ, particularly among boys. Specifically, the study revealed that boys exhibiting higher amounts of cadmium exposure had seven fewer IQ points than those with less exposure to the toxin.

The Committee report revealed that Beech-Nut used 105 ingredients that tested over 20 ppb cadmium and that some ingredients used by the company tested significantly higher, with up to 344.55 ppb cadmium.

Hain, according to the Committee report, used 102 ingredients in its baby food that tested over 20 ppb cadmium, with some ingredients testing as high as 260 ppb cadmium.

Testing of Nurture revealed that 65% of the brand’s baby food products contained more than 5 ppb cadmium.

The Committee reported that testing of Gerber’s carrots revealed 75% of the carrots contained cadmium in excess of 5 ppb, with some containing up to 87 ppb cadmium.

Mercury ranks in the third position on ATSDR’s list of substances that pose the most serious potential threat to human health. There have been several studies done about prenatal exposure to mercury causing lower IQ levels. New studies are emerging that suggest higher blood mercury levels found in children at two and three years old are associated with autistic behaviors among preschool-age children.

The Committee reported that Nurture sold finished baby food products containing as much as 10 ppb mercury. The report also noted that both Beech-Nut and Hain do not even test for mercury in its baby food, and that Gerber rarely does.

On February 16, 2021, the FDA made a formal response to the Committee report and assured the public that it takes exposure to toxic elements in the food supply extremely seriously, especially when it comes to protecting the health and safety of the youngest and most vulnerable in the population. The FDA stated that it was their goal to reduce exposure to toxic elements in food to the greatest extent feasible and that FDA scientists routinely monitor levels of toxic elements in baby foods. The FDA, in its comment, reported that its sampling of infant rice cereal since 2011 has shown that manufacturers have made significant progress in reducing arsenic in infant rice cereal products, leading many to inquire as to arsenic levels prior to 2011.

The Committee report is not the first time that allegations of toxins in baby foods have been made. In 2017, a non-profit organization called Clean Label Project released findings from a study showing contaminants such as arsenic, lead and mercury present in many popular baby food brands. Similarly, a study published in 2019 by Healthy Babies Bright Futures reported that nearly every baby food brand on American grocery store shelves contained traces of heavy metals, including arsenic and lead.

Specifically, suits claim that the defendants regularly held themselves out to the public as family companies that care about children and prioritize selling healthy and nutritious baby foods strictly for the purpose of gaining public trust and boosting sales of their baby food, but instead sold foods unsafe for consumption.

On March 5, 2021, a group of plaintiffs petitioned the Judicial Panel on Multidistrict Litigation (“JPML”) to consolidate 42 individual and proposed class actions, all similarly alleging that plaintiffs unknowingly purchased baby foods containing traces of heavy metals. The petitioners argue that the Eastern District of New York is the appropriate setting for a toxic baby food Multidistrict litigation (“MDL”), as it is the location of most of the pending cases in the litigation currently.

On March 16, 2021, defendants Gerber, Plum and Nurture challenged the petition, arguing that the suits should not be consolidated, but rather severed.