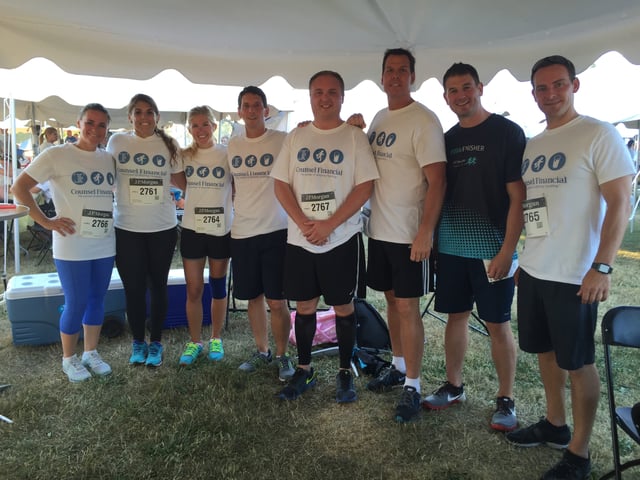 Counsel Financial took part in the J.P. Morgan Corporate Challenge ® in Buffalo, New York on June 23, 2016. The 3.5-mile race drew over 12,400 participants from close to 400 companies in Western New York and is one of 13 in the bank’s running series that spans seven countries and five continents.

The company gathered a team of runners, along with numerous colleagues and family members who came out to offer their support, to promote fitness in the workplace and show support for the local business community. The company took particular interest in this year’s event after the J.P. Morgan Chase Foundation announced it would donate on behalf of all Corporate Challenge participants in the Queen City to two education-focused beneficiaries:    Say Yes Buffalo and Classroom Champions. The donation will be used by both organizations to provide thousands of scholarships and mentoring opportunities to Buffalo students. Counsel Financial firmly believes in Say Yes Buffalo’s and Classroom Champions' mission, which is to strengthen the Western New York economy by investing in the education of the region’s future workforce.

Kim Gomlak, Counsel Financial’s team captain, stated, “The race is just one of many opportunities our company takes to foster employee involvement in the community. We have a great group of people always ready to take part in activities outside of the workplace and participate in a little friendly competition.”