Examining the Exam: A Closer Look at the Bar Exam 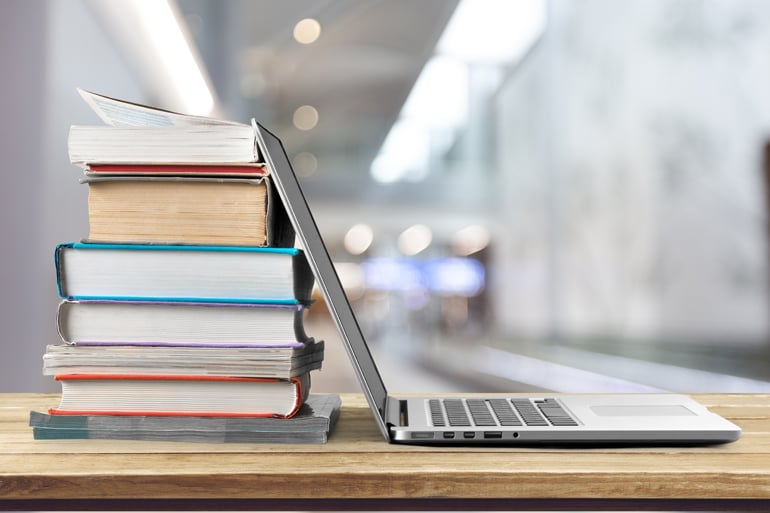 The October 2020 bar exam, administered in most states as a completely virtual test, was a logistical nightmare for most applicants, unnecessarily heightening the stress and anxiety felt by most test takers. Upon finishing, participants of this groundbreaking bar exam took to the internet to vent their frustrations with the software used to administer the test.

Within days, horror stories abounded across the internet as test takers complained of racial bias being present in the facial recognition technology bar examiners required participants to use, in order to access the exam. Test takers also complained about the strict rules requiring applicants to sit within a small web camera window for the entirety of the exam or be flagged for cheating and have their test revoked. Some applicants went to great lengths to remain in the web cameras view, even to the extreme of admitting to sitting in their own urine rather than move out of the camera’s view. One applicant taking the Illinois bar exam reported that she went into active labor during the exam, but remained within the web camera view for the duration of the exam fearing that if she shifted she would be disqualified.

Considering the struggles that October 2020 applicants faced in taking an abbreviated bar exam, many have called for changes to be made to future exams. However, the National Conference of Bar Examiners (“NCBE”) announced recently that going forward, inclusive of the February 2021 exam, some jurisdictions, including New York, will default back to the original format of the bar exam which consists of two Multistate Performance Test (“MPT”) items, six Multistate Essay Examination (“MEE”) questions and 200 Multistate Bar Examination (“MBE”) questions. This decision has raised significant concerns, as most jurisdictions will continue to administer a mainly online version of the exam for the foreseeable future. Many have suggested that the exam should allow for an “open-book” format, which would eliminate the need for strict web camera rules, arguing that when in practice, attorneys regularly look up information and don’t rely on an encyclopedic memory of case law. Several states have already instituted an open-book format including Indiana, Nevada and Louisiana. Legislation was introduced in New York State that would change the exam to an open book format; however, the resolution did not pass.

In California, one of the jurisdictions with the highest number of exams flagged for cheating during the October 2020 exam (one-third of participants were flagged), the Lawyers’ Committee for Civil Rights Under Law sent a letter to the California bar examiners and the CEO of online test platform ExamSoft on February 10, 2021. The correspondence, on behalf of an applicant of the California bar exam and the National Association for Equity in the Legal Profession, objected to the planned use of facial recognition technology (“FRT”) for the February 2021 California bar exam. The letter further alleges that it is well-established by experts in the field of facial recognition that FRT is disproportionately inaccurate in identifying women and people of color.

The Committee warned the California bar that if it continued the use of FRT in administering the exam, its use will have an unlawful disparate impact on participants of color and women. The communication concludes by threatening legal recourse should the California bar not take immediate steps to discontinue the use of FRT in future exams. The Committee points out in its argument that that there are several viable alternatives to the use of FRT, including changing the exam to an open-book format. The State Bar of California responded to the Committee’s letter on February 16, 2021, explaining that it is committed to inclusion, diversity and elimination of bias in the legal profession and that it does not discriminate in any manner in the execution of its regulatory missions, including the administration of the bar exam. However, the decision to use FRT in the February 2021 exam still stands.

While the arguments continue in individual jurisdictions over how the bar exam should be administered, the NCBE has recently announced the preliminary findings of a three-year Test Taking Task Force which was asked to point out and address the core problems with the bar exam. Any widespread changes to the exam, however, will not take place until 2026. One of the main issues with the bar exam, according to the task force, is the wide range of areas of law that test takers are forced to master and memorize. The Task Force has stated that it will work to ensure the exam continues to assess the minimum competencies required of newly-licensed lawyers in an evolving legal profession and therefore believes that the exam should test fewer subjects.

Specifically, the Task Force believes that fewer subjects should be tested and that the exam should test less broadly and more deeply on subjects covered. Additionally, it believes a greater emphasis should be placed on assessment of lawyering skills to better reflect real-world practice and the types of activities newly-licensed lawyers will perform.

As the February 2021 exam looms, only time will tell if the same range of issues arises with this bar exam, as it did with the October exam, or if examiners around the country have learned important lessons from the October exam and are presenting a more polished and accommodating process this time around.