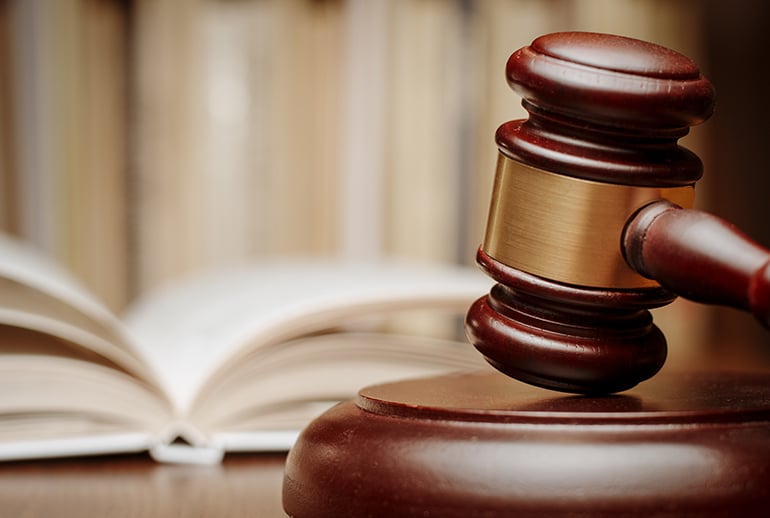 As most lawyers know, under the American Rule of Law each party in a civil action must bear his, her or its own litigation costs and attorney’s fees. However, in a judicial system where contingent fee contracts for plaintiffs’ counsel reign supreme, bearing the costs of litigation—especially in the context of mass torts and class actions—can prove to be an expensive, high-risk endeavor.

In the 19th century, the common benefit doctrine was established to curb some of this risk. It is an equitable, judicially created exception to the American Rule that compensates those attorneys and their staffs whose efforts in litigation substantially benefit a larger group.[1] Under the doctrine, a single client is not solely responsible for the costs of litigation, but rather, the expenses are distributed among all those who benefit from the action.[2]

How did this doctrine develop and how is it utilized today? The following provides an overview of its history and some of the latest developments concerning this unique mechanism.

Development of the Common Benefit Doctrine

The common fund doctrine is one of the earliest exceptions to the American Rule. Created single-handedly by the Supreme Court in a landmark case, Trustees v. Greenough 105 U.S. 527 (1881), it originated in the historic equity jurisdiction of federal courts.[3]

Since Greenough, the common benefit doctrine has provided a source of legitimacy for awarding fees, even where class benefits are non pecuniary. In order for there to be an award under the common benefit doctrine, the litigation must confer a substantial benefit on members of an ascertainable group of people and the court’s jurisdiction over the subject matter of the suit must make an award that will spread the costs proportionately among such group.

To receive legal fees out of a common fund there are three general requirements that courts have historically employed: (1) the persons seeking the award must be small and identifiable; (2) the benefits to the group should be able to be traced with some accuracy; and (3) there must be a reason for confidence that the costs of litigation could be shifted with some exactitude to those benefitting therefrom.[9]

As it specifically pertains to a Multidistrict Litigation (“MDL”), generally common benefit fees are calculated at least twice during the proceedings. First, the court will order the defendant to “holdback” a percentage of each settlement it reaches during the MDL with an individual plaintiff represented by an attorney. Second, nearing the MDL’s conclusion, the attorneys will petition for a release of all, or some of the holdback from the common benefit fund based on the amount of work they performed in the litigation.

The holdback amount calculation can seem arbitrary because it is performed prior to a global settlement. Therefore, there is no real way to know the total value of services the attorneys will provide at the time the holdback is ordered, and it is difficult to predict the relationship of that value to the aggregate value of attorneys’ fees in individual cases throughout the MDL. Consequently, judges rule upon the holdback amount based on what they believe is fair and equitable. Presently, because courts have made holdback calculations over a long period of time, most rely upon case precedent in their respective jurisdictions to make a determination.

Nearing the end of the MDL, attorneys seeking recovery for common benefit work must petition the court for an award of costs and fees from the common benefit fund. If a settlement with a lump sum amount has been reached, generally courts will employ a percentage of the fund analysis that is cross checked against the attorneys’ lodestar.[10] The cumulative lodestar for common benefit work will inform a court of the market value of the services the lead counsel performed for all plaintiffs or class members, so the judge can have a strong foundation to rule as to whether the petition for common benefit fees is fair and reasonable.

Courts have been, and continue to be, generally wary of awarding a large common benefit percentage to attorneys—especially when fee amounts are upwards of hundreds of millions of dollars. For example, in a 2010 decision rendered in the Chinese Drywall MDL, the judge stated, “it is disconcerting and disappointing to receive such vexatious, vitriolic, and acerbic briefs from some of the attorneys who seek common benefit fees. It is unfortunate that this has become the new norm in this type of litigation.” The judge’s choice use of words resonated loudly—successful large, complex litigations like class actions and mass torts have proven to be lucrative for plaintiffs’ counsel, which in turn makes attorneys’ fee awards ripe for scrutiny.

Consequently, the current trend seems to be that courts try to remain conservative in calculating holdback amounts. Accordingly, in the DePuy Pinnacle litigation, the judge found that an original 10% holdback was “conservative and appropriate.”[11] On a motion to modify, the court increased the holdback to 25%, but did so because it found the defendant was settling numerous cases on the side and failing to disclose the settlements to the court.

In another recent case, In re Yahoo Inc. Customer Data Security Breach Litigation, a California Judge, Lucy Koh, denied a settlement agreement in a class action, concluding the common benefit fee requested in the case was unreasonably high. Judge Koh analyzed both the lodestar method and the percentage method of calculating attorneys’ fees to make this determination.

The first step of Judge Koh’s analysis was reviewing the lodestar method of calculating fees. She went through numerous court filings and discovery actions, and found that class counsel prepared limited legal filings with numerous overlapping issues, as well as that counsel completed limited discovery relative to the scope of the alleged claims. She compared Yahoo’s settlement offer to a novel case, In re High-Tech, and found counsel’s claim for $22,069,890.30 for 38,278.81 hours of work was unreasonably high. She feared this settlement would allow for improper reverter of funds to the Defendants in the case.

The next step of Judge Koh’s analysis was to scrutinize the fees under the percentage of recovery method. Yahoo’s proposed $50 million settlement to the class included up to $35 million for attorneys’ fees and up to $2.5 million in attorneys’ costs and expenses. Therefore, fees would have been 40% of the settlement fund, which is much higher than the 25% benchmark standard that has been set in the Ninth Circuit. Further, Judge Koh found that empirical data showed the median fee percentage was 19.9% and the mean percentage was 19.4%, with a standard deviation of 8.4%.17 Therefore, Judge Koh reasoned the proposed settlement agreement, which called for 40% of the fund to be allocated to attorneys’ fees, was astronomically higher than the data reviewed.

Along with the foregoing court decisions, there is a quite a bit of empirical data analysis coming from legal scholars that show the trends of awarding fees in the United States.12 Specifically, Theodore Eisenberg and his colleagues set out to provide their own empirical research (which was relied upon in the Yahoo decision) and couple it with other scholars on the subject in order to provide useful information to attorneys, judges and policymakers interested in rationalizing fee calculations in class actions.13 Eisenberg’s research illustrated that the size of recovery and the fee requested are the strongest predictors of attorneys’ fees in class actions.14 Further, he found that, on average, high-risk cases are usually associated with somewhat higher fees, and cases that use the pure lodestar method usually have lower fee awards.15 Additionally, Eisenberg found a trend toward convergence in fee awards, which indicates that courts are gaining experience in the area and they are likely relying more heavily on scholars’ empirical literature on fee awards.16

Courts have traditionally imposed a balancing test in cases in order to assess whether common benefit fees are fair and equitable to those plaintiffs’ counsel who have litigated for years, with countless hours of work in order to benefit a large group of plaintiffs and their counsel.

The trend remains the same today; however now judges have the benefit of precedent, empirical data, as well as their own experience dealing with common benefit fee matters to influence their decisions.

What is abundantly clear is that common benefit doctrine is here to stay and that fee awards will continue to vary case-by-case because they are dependent on the amount of work actually performed.