A Closer Look at the 3M Combat Arms Earplugs MDL: A Conversation with Attorney Mike Burns 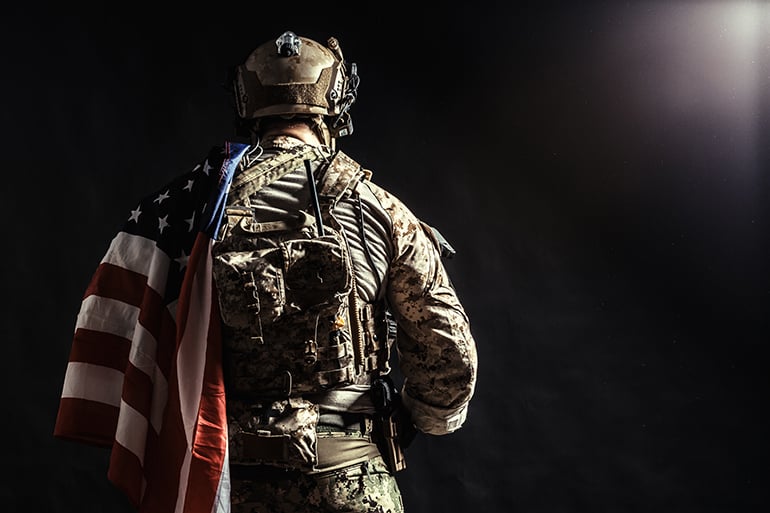 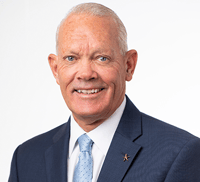 On April 30, 2021, a significant plaintiff victory was achieved in the 3M Combat Arms Earplugs Multidistrict Litigation (“MDL”), with the announcement of a $7.1 million verdict. This particular MDL has been unique—unlike most litigations during 2020 and 2021; it has managed to stay true to its pre-pandemic trial schedule, a feat that many litigations, even those that lacked the many moving parts of a vast MDL, failed to accomplish. Attorney Mike Burns, of Burns Law, who has been involved with the litigation since its infancy, credits the litigation’s ability to stay on track to the leadership of presiding judge, Hon. M. Casey Rodgers. In late March 2021, we sat with Mike via Zoom to discuss the then-upcoming bellwether trials and the litigation in general. Now we will look back at our conversation, discuss the recent verdict and the future of the litigation.

Combat Arms Earplugs were originally developed, marketed and sold by Aearo Technologies until the company was acquired by 3M in 2008 for $1.8 billion. Both companies are named as defendants in the MDL. Due to the supposed technologically advanced design and quality of the Combat Arms Earplugs, Aearo—and subsequently 3M—won a series of Indefinite-Quantity Contracts (“IQCs”) between 2003 and 2012 to be the exclusive supplier of selective attenuation earplugs to the U.S. military. In obtaining the IQCs, Aearo and 3M represented that the earplugs would meet specific performance criteria established by the U.S. Government as a prerequisite to bidding on the IQC for earplugs. However, plaintiffs in the MDL argue that the defendants were aware that the performance representations they made to the government were false.

Counsel Financial (CF): Tell us about the 3M Combat Arms Earplugs litigation. What are the common injuries and causation that have been driving the litigation forward?

Mike Burns, Esq. (MB): The main injuries in this litigation are hearing loss and tinnitus, and that is what is driving this litigation. The main causes of action are fraud on the part of 3M with regards to the representation that they made as to the level of hearing protection that this earplug would provide the service members who wore them and relied on 3M to give an accurate representation of the protection they would provide. For example, there is a huge difference between the Noise Reduction Rating (“NRR”) value of 22 as represented by 3M and the NRR rating that the earplugs actually provided, a much lower rating of 11. It really comes down to the fact that these earplugs were not properly tested by 3M.

Note: NRR testing determines the amount of sound attenuation experienced by a test group under conditions specified by the federal Noise Control Act. According to the plaintiffs, Aearo and 3M manipulated not only test protocol but also the fitting instructions for the earplugs. This was allegedly done to compensate for a design defect that affected the fit of the earplugs, in order to achieve a satisfactory NRR score.

CF: Would you say that the potential plaintiff base for this litigation is large and yet to be fully exposed?

MB: Definitely. The largest injury that the military, and by association the Veterans Administration (“VA”), has is hearing loss and tinnitus. The VA spends more money on hearing loss and tinnitus identified in their soldiers than they do on anything else. I believe the VA has spent around $1 billion treating hearing damage and tinnitus in service members. It’s a tremendous problem that the military is facing. Essentially, the military is paying to fix a problem that was created from a product for which they paid to protect their service members from harm. It’s important to remember that basically, all service members used these earplugs. It wasn’t just service members in active duty, it was everyone from people in combat to people on base going to the shooting range between 2003 to 2015.

CF: Can you run us through the procedural history of the litigation?

MB: The litigations were consolidated into an MDL and transferred to the Northern District of Florida under Judge M. Casey Rodgers on April 3, 2019. And I have to say, Judge Rodgers has run this MDL like a well-oiled machine and has not let it veer off course. Right in the beginning of the MDL process, Judge Rodgers created a census process with one of the vendors to help her figure out how she was going to select cases for trial. This meant that she was able to randomly select 25 cases from a pool that was, at the time, made up of just over 150,000 cases, now the pool is made up of just over 240,000 cases. The cases making up the pool were comprised of 47% of Army soldiers, whether that was active duty or reserve, 17% women, with the average age of the pool being 29 to 49, and from that pool, the bellwethers were selected.

CF: I know that originally the bellwether trials were scheduled for April 2021 but they have been moved up a week. It’s rare for a bellwether trial to move up in the calendar rather than be delayed, especially now when cases all over the country are being delayed due to the chaos the judicial system faced during the first months of the pandemic. How has the COVID-19 pandemic affected this litigation?

MB: It’s amazing isn’t it that we haven’t been delayed at all when you consider how many courthouses around the countries shut down. Again, I have to credit Judge Rodgers—she has kept this litigation on schedule and kept it moving right along since it began. [She] has been really diligent about enforcing deadlines which has helped us to keep on schedule. Due to COVID-19, we did the majority of the depositions via Zoom, with a few exceptions. Judge Rodgers worked very closely with both the Justice Department and the VA to ensure that these government witnesses that she really had very little control over were present for depositions via Zoom. Judge Rodgers really drove the schedule by having status conferences and making everyone report where they were in the discovery process. Judge Rodgers has also been diligent about making everyone involved in the litigation take part in social distancing.

CF: How did the social distancing at the trial go?

MB: Being back in the courtroom with live witnesses and a live jury was crazy after the last year of pandemic court closures, but I think the trial itself went really well because we were so well prepared. I’m curious about how this current trial and the third bellwether after that will go, given all the new mandates that the CDC just announced. For the first bellwether trial, everyone wore masks the entire time and that included the jury. The only people who were not required to wear a mask were the judge, except when there was a bench conference and the witnesses. The attorneys were not required to wear a mask when questioning a witness. I was interested with this being the first time in such a long time that many of us have been in a courtroom, due to the pandemic—I think that added a level of excitement to the whole proceeding.

CF: Let’s talk about the new $7.1 million verdict the plaintiffs just received at trial. What does the verdict entail? How do you see it impacting the future of these litigations?

MB: We are so pleased with the result of the first trial and the jury award! The jury gave each of the three plaintiffs $2.1 million in punitive damages. What’s crazy is that that amount was actually reduced by 30% because the jury wanted to make sure that there would be enough money to cover future loss earnings and medical cost for all of the soldiers in this MDL. Beyond the punitive damages, each plaintiff got awarded damages for pain and suffering and two of the plaintiffs received an award for lost earnings and medical costs. I think this verdict bodes very well for the future of this litigation. The next trial, which only features one plaintiff, just started on May 17, 2021, and we have the third bellwether all teed up and ready to go after that.