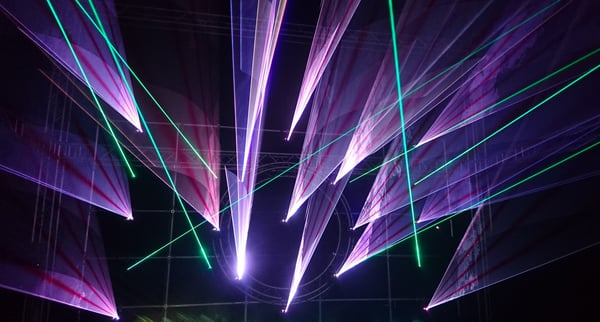 Angry Fyre Music Festival attendees have filed a $100 million proposed class action suit against the organizers of the event. The festival was billed as “the cultural event of the decade” with ticketholders paying anywhere from $2,000 to $100,000 for ticket packages to the luxe event in the Bahamas.

Promoted as a rival to the ultra-popular Coachella Music Festival, the Fyre Music Festival was advertised as a weekend full of live music from acts spanning many genres of music, such as Major Lazer, Migos, Tenyana Taylor, Tyga, Big Sean, Pusha T and headliner Blink-182. In addition to the star-studded music line-up, festivalgoers were promised accommodations in luxury villas, food catered by famous chef Steven Starr, and a treasure hunt with $1 million worth of jewelry, cash, and other prizes scattered at stake.

However, once guests started to arrive to the festival, the situation rapidly began to descend into anarchy with many attendees likening the situation to that of The Hunger Games or Lord of the Flies. Named plaintiffs, Sean Crossan and Daniel Jung, painted a vivid picture of the scene at the festival in their complaint filed on May 1, 2017. They alleged that instead of luxury accommodations and world-class cuisine, they were forced to stay in makeshift FEMA tents left over from Hurricane Matthew with only meager cheese sandwiches to eat.

To make matters worse, many attending the festival had not brought cash, but rather, uploaded funds to their festival wristbands. As a result, they could not purchase food and water or get transportation to the airport. Those who were able to get to the airport were trapped in the airport or on the runway for hours, including plaintiff Crossan. Crossan, whose twitter handle is “William N. Finley IV”, tweeted out SOS messages about several people who had fainted from the heat and lack of food and about brawls that had broken out between security personnel and disgruntled guests.

According to the plaintiffs, the festival’s organizers, rapper Ja Rule and his partner Billy McFarland, were aware of problems with the festival weeks in advance of opening day. Accordingly, the organizers reached out to scheduled performers as well as the many models and Instagram stars that were going to the festival and told them not to attend.

The festival has gone down as an epic failure, with social media users dubbing it with the hashtag, #DumpsterFyre. Ja Rule and McFarland have posted apologies online and offered refunds to those who purchased tickets. McFarland has also pledged to personally call everyone who attended to apologize.