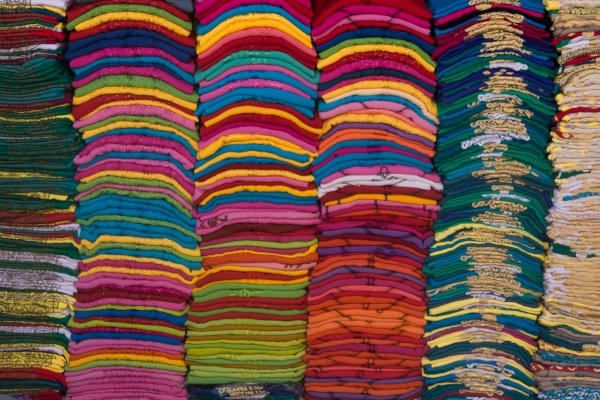 The legal trouble continues for popular direct sales apparel company, LuLaRoe, as yet another class action lawsuit was filed against the brand on October 13, 2017 in California federal court. Named plaintiffs and LuLaRoe consultants, Stella Lemberg, Jeni Laurence, Amandra Bluder and Carissa Stuckart, filed the latest suit against the brand claiming the company is running a pyramid scheme. Specifically, the plaintiffs accused LuLaRoe of six counts of misconduct, including: breach of contract, unlawful, fraudulent and unfair business practices and misleading advertising. In the complaint, the plaintiffs claim that the main grievance they have with the company is that in September 2017, LuLaRoe rescinded its 100% buyback guarantee, putting consultants at a substantial financial risk if they fail to sell all of their product.

Deanne Brady founded LuLaRoe in 2012, at the time a single mother of seven children, along her now-husband, Mark Stidham. The products are not sold in traditional brick-and-mortar stores but rather through a multilevel marketing strategy, similar to the approach used by beauty giant, Mary Kay. The product is first sold to a consultant who then sells the product directly to consumers. Since its modest beginnings, the company has achieved sales of $1 billion in 2016. The product line includes shirts, dresses and various other clothing; however, by far LuLaRoe’s most popular product is its colorful leggings known for their soft texture and retail for $25.

Consultants looking to begin selling the product must buy a minimum value of $5,000 in LuLaRoe inventory to begin selling as an independent retailer. Prior to the September 2017 policy change, consultants were assured that if they did not sell their entire stock they could sell it back to the company. However, the new policy only offers a 90% buyback guarantee to consultants and includes several restrictions. Plaintiffs are arguing that LuLaRoe misled consultants by promising a 100% buyback policy and consequently put consultants at serious financial risk. The company has been known to encourage its sales people to invest heavily in their inventory of products. The complaint also alleges that the company encouraged consultants to max out their credit cards investing in LuLaRoe inventory, with the reassurance that there was a 100% buyback policy.

Attorneys for the plaintiffs have said that on average, most consultants invested approximately $10,000 to $20,000 in LuLaRoe inventory, which they demanded be refunded. It is speculated that the class size will be considerable but the true scope of both the damages and the class size won’t be determined until further discovery is conducted. LuLaRoe is also facing class claims in California federal court alleging that the company knowingly sold poor quality product to both customers and consultants.