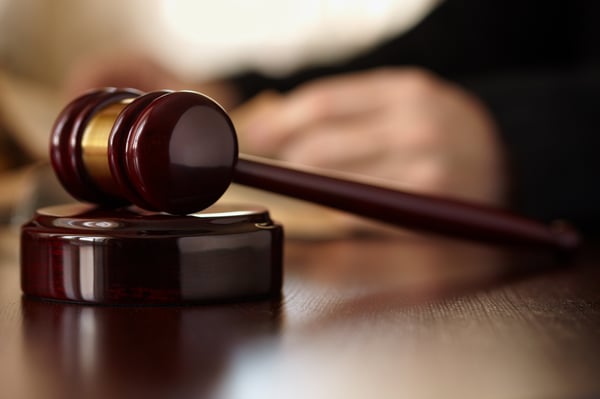 While banks and other traditional lending institutions generally only allow you to pledge your personal assets to secure a loan, the Supreme Court of New Jersey recently held that you can also obtain financing using your anticipated attorney’s fees as collateral.

The decision, which follows similar holdings in other jurisdictions, affirms that you have an enhanced pool of resources you can leverage to get increased funding for your law practice—your future legal fees.

In the case, Granata v. Broderick, a lender challenged a lower court’s determination that it could not have a secured interest in an anticipated attorney’s fee. The lender extended a $125,000 loan to a law firm in 2010, which was secured by the attorneys’ fees due to the law firm from a malpractice action that was not yet resolved.

The lender perfected its lien by filing a UCC financing statement. Four years later, the law firm was awarded $279,720 in fees from the case. 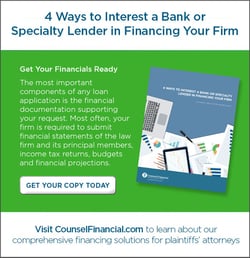 The Passaic County Superior Court concluded that the lender did not have a priority lien since it could not have a secured interest on an asset, i.e. the firm’s legal fees, that did not exist until four years later. The New Jersey Supreme Court, however, disagreed, finding “an attorney's pledge of anticipated counsel fees can be considered an account receivable and secured under [UCC] Article 9.”

In reaching its decision, the New Jersey Supreme Court relied upon the reasoning of the Appellate Division. The Appellate Division, in determining that future legal fees could secure a loan, stated “[a]lthough no reported New Jersey case has considered whether an attorney's pledge of an anticipated counsel fee can be considered a receivable under UCC Article 9, other courts have uniformly held that contracts for legal fees, including fees in pending contingency fee cases, are accounts for Article 9 purposes.”