In the mass tort realm, 2018 proved to be a year of high-volume verdicts and settlements coupled with highly publicized cases. As the year comes to a close, here is a look back at some of the noteworthy cases that saw significant developments over the past 12 months. 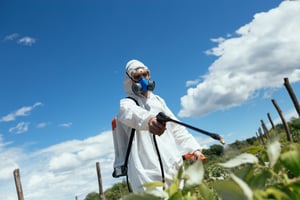 One of the most buzzworthy mass torts of 2018 proved to be Roundup litigation. The Roundup multidistrict litigation (“MDL”) was consolidated in the Northern District of California under Judge Vince Chhabria in October 2016. The litigation took over a year to organize, but with the first two bellwether cases scheduled for February 25, 2019 and May 6, 2019 the MDL seems to be moving forward at a steady pace. The litigation has not been without its setbacks—one major hurdle for the plaintiffs has been the admissibility of experts’ scientific evidence. In October 2017, defendant Monsanto Co. filed a motion for summary judgment, alleging that a plaintiffs’ experts failed to satisfy the requirement of the Daubert standard and instead used results-driven methods to prove the link between Roundup and the occurrence of cancer. Judge Chhabria denied defendant's motion and ruled in July 2018 that while the experts’ opinions are “shaky,” they are admissible. The court concluded a reasonable jury could conclude that glyphosate (which is commonly used as an herbicide) can cause Non-Hodgkin’s Lymphoma at human-relevant doses based upon the evidence presented.

Another breakthrough in the Roundup litigations came in August 2018 with a $289 million verdict in California state court. In DeWayne Johnson v. Monsanto Co., plaintiff DeWayne Johnson worked as a groundskeeper at five Bay Area school campuses, utilizing around 150 gallons of Monsanto’s herbicides Roundup and Ranger Pro per day over a period of 20 to 30 days annually. In 2013, an incident caused Johnson’s back to become covered in herbicide during the course of his employment. Out of concern, the plaintiff repeatedly tried to contact Monsanto about possible health risks due to his excessive exposure, but was told that the products are entirely safe and have no negative health effects. Soon thereafter, Johnson was diagnosed with Non-Hodgkin’s Lymphoma. At trial, Johnson’s attorneys argued that the interaction between glyphosate and other ingredients found in the herbicides caused a “synergistic effect” that increased their carcinogenic effects in humans. Plaintiff’s counsel further argued that Monsanto had been aware of the health risks associated with its products since the 1998 and failed to warn consumers of the risks.

The $289 million verdict was allocated as follows: $2.3 million in damages for Johnson’s past and future economic losses, $37 million for pain and emotional distress, $1 million for each year Johnson’s life expectancy was deemed to have decreased. Additionally, $250 million was awarded in punitive damages after the jury concluded, during a two-day deliberation, that Monsanto acted with malice when it failed to properly warn consumers of the health risk associated with the RoundUp products. Punitive damages were later decreased to $39.25 million. 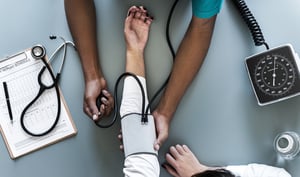 2018 proved active for lawsuits pending in both the Benicar MDL and those suits that were centralized in New Jersey’s Atlantic County Superior Court. The Benicar MDL was formed in April 2015 in the District of New Jersey under Judge Robert B. Kugler. Both the state and federal suits similarly alleged that the blood pressure drug’s manufacturers, Daiichi Sankyo Inc. and Forrest Laboratories Inc,. introduced and marketed a defectively designed drug to consumers. Plaintiffs further argue that the defendants failed to disclose to consumers the potential occurrence of several severe side effects linked to Benicar, such as chronic diarrhea, nausea, malnutrition, dehydration and weight loss. In August 2017, Daiichi Sankyo and Forest Laboratories Inc. reached a $300 million master settlement agreement, applicable to both the state and federal suits. Per the terms, a payout will begin when 95% of eligible litigants and claimants opt into the settlement. In May 2018, the settlement amount was increased to $358 million with the caveat that 97% of claimants opt into the settlement. In June 2018, the settlement terms were triggered when 97% of the eligible participants agreed to the settlement. The remaining plaintiffs who chose not to opt-in are still pursuing cases in New Jersey District Court. 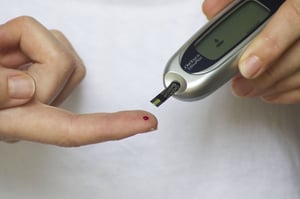 Similar to Benicar, this year made strides towards settlements in the Invokana MDL. Invokana is a popular drug used to treat Type-2 diabetes that is classified as a sodium-glucose cotransporter-2 (“SGLT2”) inhibitor. SGLT2 drugs prompt the kidneys to remove sugar from the body through the urine, in turn lowering the patient’s blood sugar. Plaintiffs in the Invokana suits claim that the drug causes diabetic ketoacidosis and kidney damage. The suits allege that manufacturer Janssen Pharmaceuticals failed to adequately test the medication and failed to adequately warn patients of the dangerous risks associated with it.

The Invokana MDL was formed in December 2016 in the District of New Jersey under Judge Brian R. Martinotti. Initially, bellwether trials were projected to begin in December 2018; however, recently both sides have entered into serious settlement discussions with one plaintiffs’ attorney, Michael London, petitioning the court to set up a qualified settlement fund of a “confidential settlement amount,” which would remove London’s clients from the MDL. In May 2018, due to the settlement discussions, Judge Martinotti vacated previous orders that called for jury selections to begin in January 2019. It is projected that Invokana lawsuits in California and Pennsylvania state court will also turn towards settlement talks.

Unlike Invokana and Benicar, which saw major strides towards resolution through settlements, 2018 was a year of bellwether trials in the inferior vena cava, or “IVC”, filter MDL. An IVC filter is a small, cage-like device that is implanted in the IVC, which is the main vein that returns blood from the lower half of the body to the heart and lungs. The filter is designed to capture migrating blood clots that have broken loose from the arterial wall in an individual’s legs and that is moving toward the heart and lungs, allowing blood to continue to flow around the trapped clot. The Bard IVC Filter MDL was consolidated in the U.S. District Court District of Arizona under Judge David G. Campbell in August 2015.

The first bellwether, Booker, went to trial in March 2018 and resulted in a plaintiff victory with a $3.6 million jury verdict. The second bellwether case, Jones, ended with a defense victory and the jury finding that Bard properly warned of the potential complications and risks associated with the Eclipse IVC filter. The third scheduled bellwether trial, Kruse, ended with a grant of summary judgment in favor of the defendants due to a violation of the statutes of limitations. In the fourth bellwether case, Hyde, the jury deliberated for one day before concluding Bard was not liable to the plaintiff, whose Eclipse device had fractured and migrated into a ventricle. After Hyde, the plaintiffs petitioned the Court, seeking to remove the next scheduled bellwether, Mulkey, from the bellwether list. According to a November 2018 Case Management Order, Mulkey has been removed from the bellwether schedule. The next scheduled trial in this MDL is Tinlin, which is set to begin in May 2019. 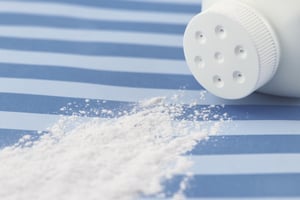 Talc has been a newsworthy mass tort since the first multi-million dollar jury verdicts in 2016, and 2018 was no exception. With multiple state litigations taking place across the country, in addition to a multidistrict litigation consolidated in the District of New Jersey, a number of high-profile talc suits have gone to trial. Most notably, 22 women in St. Louis Circuit Court were awarded a staggering $4.69 billion jury verdict. The plaintiffs alleged that Johnson & Johnson deliberately exposed millions of Americans to a dangerous substance that causes cancer through the use of their talcum powder products. The record-breaking verdict consists of $25 million in damages to each of the 22 plaintiffs and an additional $4.14 billion awarded in punitive damages. In addition to the $4.14 billion verdict, the talc litigations saw several other multi-million jury verdicts this year, along with a few defense verdicts.