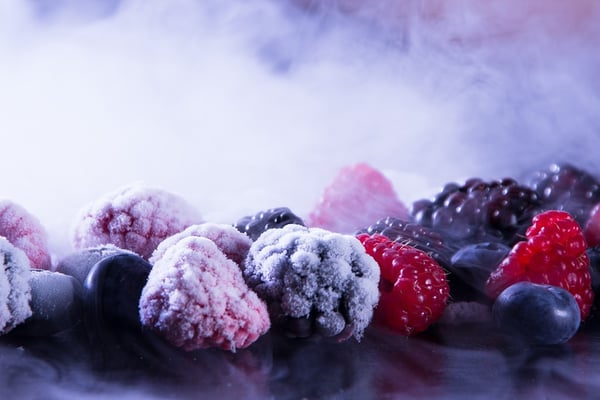 On October 6, 2017, trial began in Los Angeles County Superior Court over allegations that the death of 89-year-old Arizona resident, Virginia Jolson, in 2013 was caused by the consumption a batch of contaminated frozen berries. Ms. Jolson purchased Townsend Farm’s Organic Antioxidant Blend at wholesale retailer giant, Costco, which the suit alleges was contaminated with hepatitis A.

Virginia Jolson’s six surviving children filed the suit against the makers, brokers and suppliers of the contaminated pomegranate blend. Defendants include Costco, Townsend Farmers Inc., Purely Pomegranate, Fallon Trading, Goknur and United Juice. Ms. Jolson’s children are seeking $215,000 for their mother’s medical bills. as well as damages for loss of love and companionship. In response to the plaintiffs’ allegations that their mother’s death was the result of consuming the contaminated product, the defendants have argued that there is no direct evidence to prove that Ms. Jolson actually consumed the product. At the time of her death in 2013, Ms. Jolson was the only person in her area of Arizona contract hepatitis A, therefore her death was not registered by health officials as being part of the outbreak. However, plaintiffs’ attorneys have pointed out that since Ms. Jolson was one of the early victims of the contamination, health officials had no reason to ask her if she had consumed the product or to order a blood test. Ms. Jolson’s children have also bolstered their claim by pointing out that when they went to clean their mother’s home after her death they found two bags of the product in her kitchen, one of which was half empty.

The contaminated pomegranate seeds were originally imported to the U.S. through Turkish supplier, Goknur, who sold the product to food brokers, Fallon Trading Co. and Purely Pomegranate Inc. The product was then sold to food processor, Townsend Farms Inc., who sold the final product to Costco. Attorneys for the plaintiffs told the jury that the hepatitis A was discovered in the pomegranate seeds shortly after the brokers received them, yet Townsend Farms, Costco and consumers were not warned of the contamination.

Brian Klein, founder of defendant food broker company Purely Pomegranate, attempted to persuade the jury that he was unaware of anything unusual with the batch of organic berries. During direct examination by the plaintiffs’ attorney, Mr. Klein told the jury that when dealing with organic fruit it is normal to see flies and worms. However, the attorney for the plaintiffs immediately countered Mr. Klein’s protestations of ignorance as to the extent of the contamination on re cross-examination. He pointed to the fact that Mr. Klein had previously testified on October 6, 2017 that there were feathers, snails, worms, metal, and chewing gum found in the batch of seeds in question. When asked if he considered the batch to be contaminated, Mr. Klein had testified that he did consider it contaminated. To further bolster their argument, the plaintiffs also presented an email sent by Mr. Klein to fellow defendant food broker company, Fallon Trading, showing pictures of the contaminated batch.