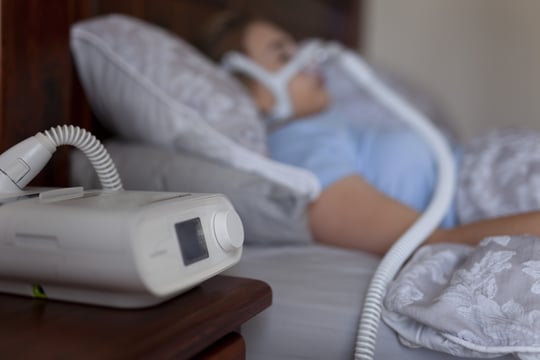 The CPAP Litigation has its roots in a 2021 recall of Philips’ sleep apnea machines. The machines were used by millions to assist with breathing while sleeping. The machines were recalled in June 2021 for potential negative impact on patient health due to possible foam degradation. Philips’ Recall Notification continued that the degradation may lead to “exposure to chemical emissions from the foam material.”

The litigation is just a year old, but there have been substantial developments in the last year, including recently when a judge unsealed emails revealing that engineers knew of the problem as early as three years prior to the recall.

In the complaint, named plaintiffs Daniel and Ellen Osman detail sleep apnea as a very dangerous condition where an obstruction in the throat causes a person to stop breathing for a brief period while sleeping. Sleep apnea, if left untreated, can lead to several adverse side effects ranging from daily fatigue and restlessness to a serious lack of oxygen during sleep resulting in brain damage or death. The plaintiffs describe how one way to treat sleep apnea entails the use of a mechanism such as a continuous positive airway pressure (“CPAP”) machine, which delivers a steady flow of oxygenated air through a hose connected to a mask covering the patients’ mouth, or nose and mouth. An alternative to a CPAP breathing machine is a bi-level positive airway pressure (“BI-PAP”) machine.

Philips manufactures, sells and markets a wide variety of products to help treat breathing deficiencies. However, on June 14, 2021, the defendant issued a massive recall of between three and four million defective breathing machines after it was discovered that the PE-PUR foam insulation used on the majority of Philips products has the potential to degrade and become toxic. The plaintiffs alleged that the degraded foam can cause low-level health problems such as skin irritation, as well as life-threatening illnesses such as cancer and serious lung problems.

The complaint outlines how the recall advises patients to discontinue use of the products. However, for many sleep apnea patients who rely on a Philips device to sleep safely, the recall puts those individuals in a near impossible situation. The plaintiffs argued that patients are now faced with the choice of either discontinuing use of their recalled device and running the risk of a life-threatening event due to their sleep apnea, continuing use of their recalled device and risk toxic exposure or being forced to purchase an expensive new Philips DreamStation 2 CPAP machine that does not contain PE-PUR foam.

At that time, the plaintiffs were seeking to represent a class made up of all persons in the United States who purchased or leased a defective breathing machine for personal use before June 14, 2021, along with a similarly situated Florida subclass. The suit brings causes of action for breach of express warranty, breach of implied warranty of merchantability, fraudulent misrepresentation, fraud by omission, unfair and deceptive trade practices under Fla. Stat. Section 501.201, unfair and deceptive trade practices under Mass. Gen. Laws Ch. 93A and unjust enrichment.

A similar proposed class action suit was filed on July 23, 2021, in federal court for the Western District of Pennsylvania seeking to represent both a nationwide class and a New Jersey subclass on behalf of all such persons who purchased or used a CPAP, Bi-Level PAP or Mechanical Ventilator device that was manufactured by Philips before April 26, 2021 and subsequently recalled by Philips on June 14, 2021.

The venue selection of Pittsburgh, Pennsylvania was attributed to its proximity to the factory where the recalled machines were primarily built. The panel’s order states that, “many of the witnesses and much of the documentary evidence relevant to this litigation likely will be located within the Western District of Pennsylvania.”

The order also states that the “Plaintiffs allege that defendants concealed the problems with the PE-PUR foam before the recall was announced and made misrepresentations regarding the recalled devices in connection with their marketing and sales.” According to the Order, the causes of action are putative consumer class actions asserting overlapping claims for violations of state consumer protection statutes, breach of warranties and unjust enrichment. At the time of consolidation, nearly 100 cases from across the country were transferred to the Western District.

The transfer order can be found here.

The court reviewed and interviewed each of the 75 applications that were submitted for either co-lead counsel, Plaintiffs’ Steering Committee (“PSC”) or liaison counsel. The following four attorneys were appointed to serve as plaintiffs’ co-lead counsel: Sandra Duggan from Levin, Sedran and Berman; Christopher A. Seeger from Seeger Weiss LLP; Kelly K. Iverson from Lynch Carpenter LLP; and Steven A. Schwartz from Chimicles & Tikellis. Judge Conti’s orders specifically laid out their duties and responsibilities.

Additional committees and subcommittees were appointed including the Settlement Committee, Leadership Development Committee, which is aimed at providing an opportunity for education, experience and mentorship to the applicants with minimal MDL experience, and the Plaintiffs’ Time and Expense Subcommittee.

In April of 2022, the FDA indicated that there have been over 20,000 Medical Device Complaints and 124 deaths allegedly connected to the recalled devices reported over the last year.

In early June of 2022, the court appointed retired Magistrate Judge Diane M. Welsh to comply with the rules of the Western District of Pennsylvania which require participation in court-sponsored alternative dispute resolution in complex litigation matters.

In early summer of 2022, the litigation began to transition into the discovery stage. The initial discovery plan issued on June 17, 2022 articulated a timeline for when discovery plans are due for electronic discovery plans, the privilege log, initial disclosures, fact sheets, written discovery, device inspection protocol and depositions. At this time, no trial dates have been set.

There are about 300 lawsuits filed in the MDL with an estimated 60,000 lawsuits on the administrative docket.

The case is In Re: Philips Recalled CPAP, Bi-Level PAP, and Mechanical Ventilator Products Liability Litigation, MDL Number 3014, before the U.S. Judicial Panel