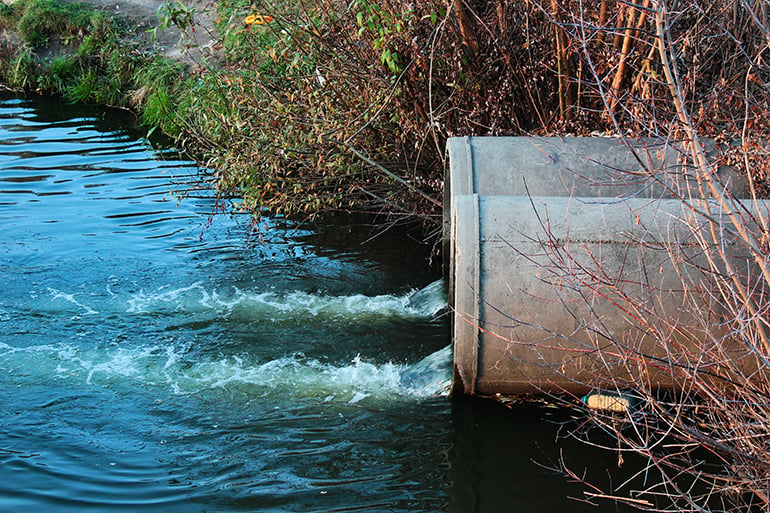 One of the most expansive mass torts currently in litigation is the PFAS chemical pollution litigation. Lawsuits in the PFAS litigations span a wide array of both potential plaintiffs and potential defendants. Suits have been filed by states who allege that the so-called “forever chemical” has polluted the air, land and water and are now seeking compensation for clean up efforts. Several states are also suing on behalf of their residents based on the legal concept of “parens patriae.” Under this legal theory, whatever harms the residents of the state therefore harms the state itself. In addition to state plaintiffs, claims have also been filed by individuals on behalf of similarly situated classes, generally alleging that exposure to PFAS has put them at a higher risk for cancer. Allegations of environmental contamination have also been raised, which plaintiffs claim have caused substantial degradations in their property values. Defendants in PFAS suits include chemical giants DuPont de Nemours Inc., DuPont’s subsidiary, The Chemours Co. and 3M.

Per-fluoroakyl and Polyfluoroalkyl substances, or PFAS chemicals, consist of a group of around 1,200 manmade chemicals widely used in the manufacture of industrial and consumer products worldwide since the 1940s. PFAS gained widespread popularity due to the ability to resist grease, water and oils. PFAS are used in a large number of household products, including stain and water repellent fabrics, non-stick products like Teflon, polishes, waxes, paints and cleaning products. Industries that utilize chrome plating or fire-fighting foams, manufacture electronics or are oil recovery operations also frequently use PFAS. The fire-fighting foams in particular have been identified as a major source of groundwater contamination near airports and military bases where firefighting training occurs.

The most common PFAS are per-fluorooctanoic acid (“PFOA”), per-fluorooctanesulfonic acid (“PFOS”) and Gen X. Gen X is a trade name for a technology used to procure high performance fluoropolymers without the use of per-fluorooctanoic acid. Hexafluoropropylene oxide dimer acid and its ammonium salt are the major chemicals associated with Gen X technology, which is most commonly used for nonstick coatings like Teflon. Gen X is mainly produced by Chemours Co. and is alleged by the company to be a safer alternative to older PFAS. This notion, however, was debunked by the EPA in a 2018 toxicity review which indicated that even small amounts of the chemical posed serious health risks to the immune system, kidney, thyroid, liver and to the development of unborn children.

PFAS exposure is widespread across the United States due to its ubiquitous presence in American consumer products. Some studies conjecture that around 98% of Americans have detectable levels of PFAS in their bloodstream. The most common form of exposure results from drinking from a contaminated water supply, which according to recent suits, occurs often in both private and municipal water supplies. The contamination is typically localized and associated to having stemmed from a specific facility such as a manufacturer, landfill, waste water treatment plant or firefighter training facility.

Exposure can also be caused by eating fish caught in PFAS contaminated water, ingesting contaminated soil or dust, consuming food packaged in PFAS-contaminated materials, using products that contain PFAS such as non-stick cookware, water-resistant clothing, certain cleaning products or stain-resistant carpets, as well as through the use of some cosmetic and personal care products. The EPA cautions that the so-called “forever chemicals” are very persistent in the environment and in the human body and breakdown only over a long period of time. The lengthy half-life of PFAS chemicals is dangerous to humans and other animals, including fish, because PFAS can concentrate over time in the body through a process known as bioaccumulation.

Recently, new concerns have surfaced regarding possible endocrine disruption due to PFAS exposure. PFAS exposure has been named as a public health concern by the Centers for Disease Control (“CDC”), National Center for Environmental Health (“NCEH”) and the Agency for Toxic Substances and Disease Registry (“ATSDR”).

In 2006, the EPA began to take a major stand against PFAS and brought together eight of the leading chemical manufacturing companies—Arkema, Asahi, BASF Corporation, Clariant, Daikin, 3M/Dyneon, DuPont, Solway and Solexis—to form the PFAS Stewardship Program. The program set forth two main goals:

(1) A commitment to achieve, no later than 2010, a 95% reduction in both facility emissions of all media of perfluorooctanoic acid (“PFOA”), precursor chemicals that can break down to PFOA, related higher homologue chemicals and product content levels of these chemicals, as measured from baseline established in 2000; and

(2) A commitment to working toward the elimination of these chemicals from emissions and products by 2015.

After the PFAS Stewardship Program was established, the chemical manufacturers agreed to eliminate the use of PFOA and PFOA-related chemicals in their products and as emissions from their facilities. Accordingly, certain PFAS chemicals are no longer manufactured in the U.S. as a result of phase-outs included in the PFAS Stewardship Program. However, although PFOA and certain PFOS are no longer manufactured in the U.S., they are still produced internationally, can be imported into the U.S. and are contained consumer goods such as carpets, leather and apparel, textiles, paper and packaging, coatings, rubber and plastics.

As mentioned above, several state attorney generals have filed suit against PFAS manufacturers. Specifically, in 2019 suits were filed by the attorneys general of New York, New Jersey, New Hampshire and Vermont on behalf of their residents as parens patriae.

More recently in January 2020, Michigan attorney general Dana Nessel filed suit against 17 major chemical manufacturers alleging that the defendants deliberately and intentionally concealed the dangers of PFAS from governmental entities and the public at large in order to protect profits and avoid responsibility for injuries and damage caused by their toxic products. The suit further claims that due to the defendants’ negligent, intentional and reckless actions, the natural resources of the state of Michigan, Michigan property and Michigan residents were all placed at risk. The suit is separate from a $69.5 million settlement reached in February 2020 in a suit filed by the state of Michigan and two Michigan townships against a Michigan shoe company, Wolverine World Wide (“Wolverine”), in which the state argued that PFAS leaked from Wolverine’s factories causing widespread water contamination. Wolverine went on to file suit against 3M, the maker of Scotchguard, the product which Wolverine used to waterproof its shoes for over 40 years. The company alleges that 3M failed to inform Wolverine that the product contained PFAS and that it posed a serious risk to the environment. 3M went on to agree to pay $55 million to assist Wolverine in its clean-up efforts.

In January 2020, the California American Water Company filed suit against the United States government in federal court in California alleging that PFAS from the Mather Air Force Base had contaminated the water in one of the water supply systems owned and operated by the plaintiff. The water company alleges damages including the costs of construction and installation of a treatment system to remove PFOA and PFOS from extracted groundwater, the costs of maintaining and monitoring the performance of the new treatment system and the costs of testing groundwater at the well for PFAS.

Many more PFAS suits will likely be filed in the next several years as more cases of water contamination due to PFAS pollution are uncovered.